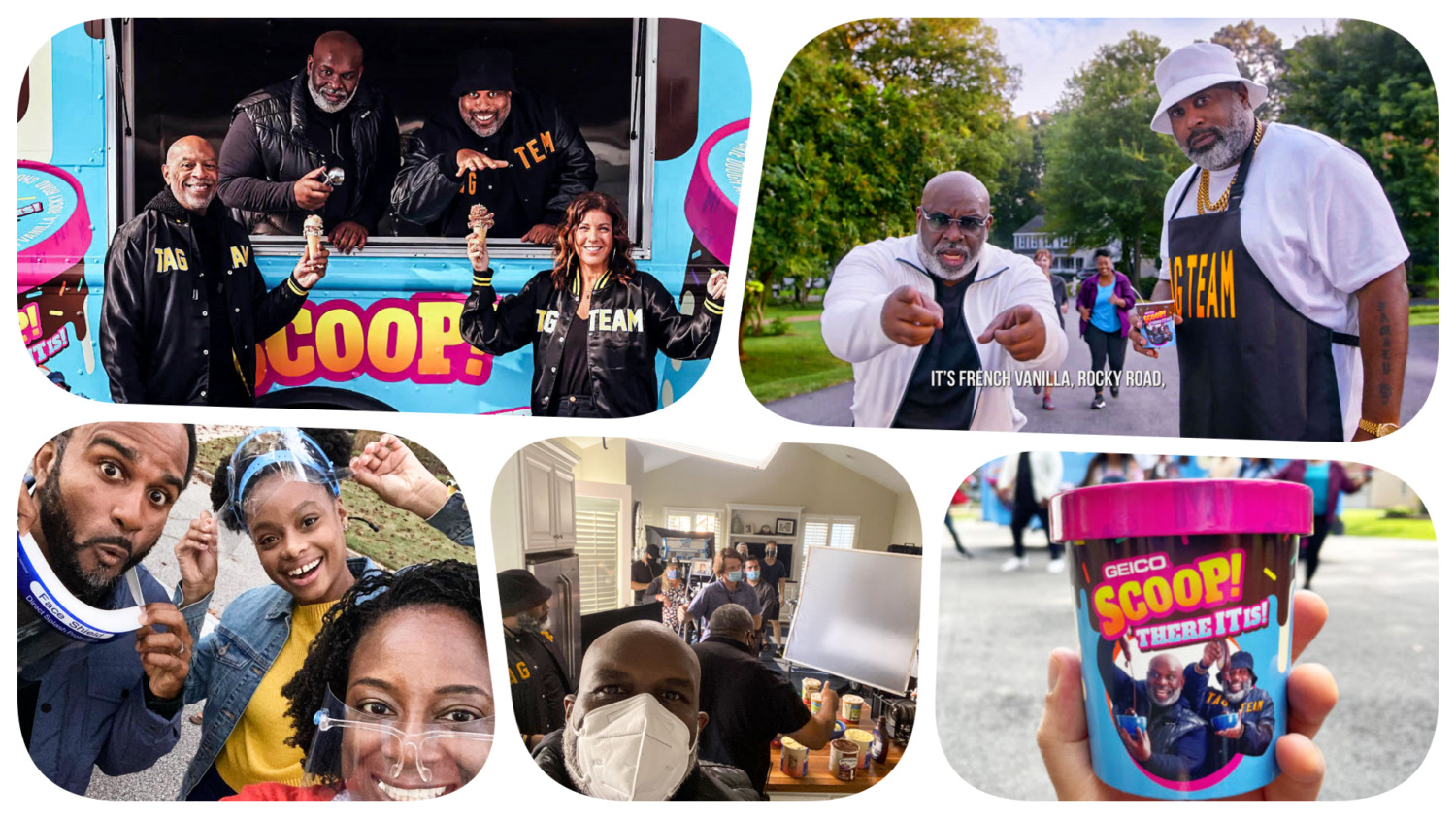 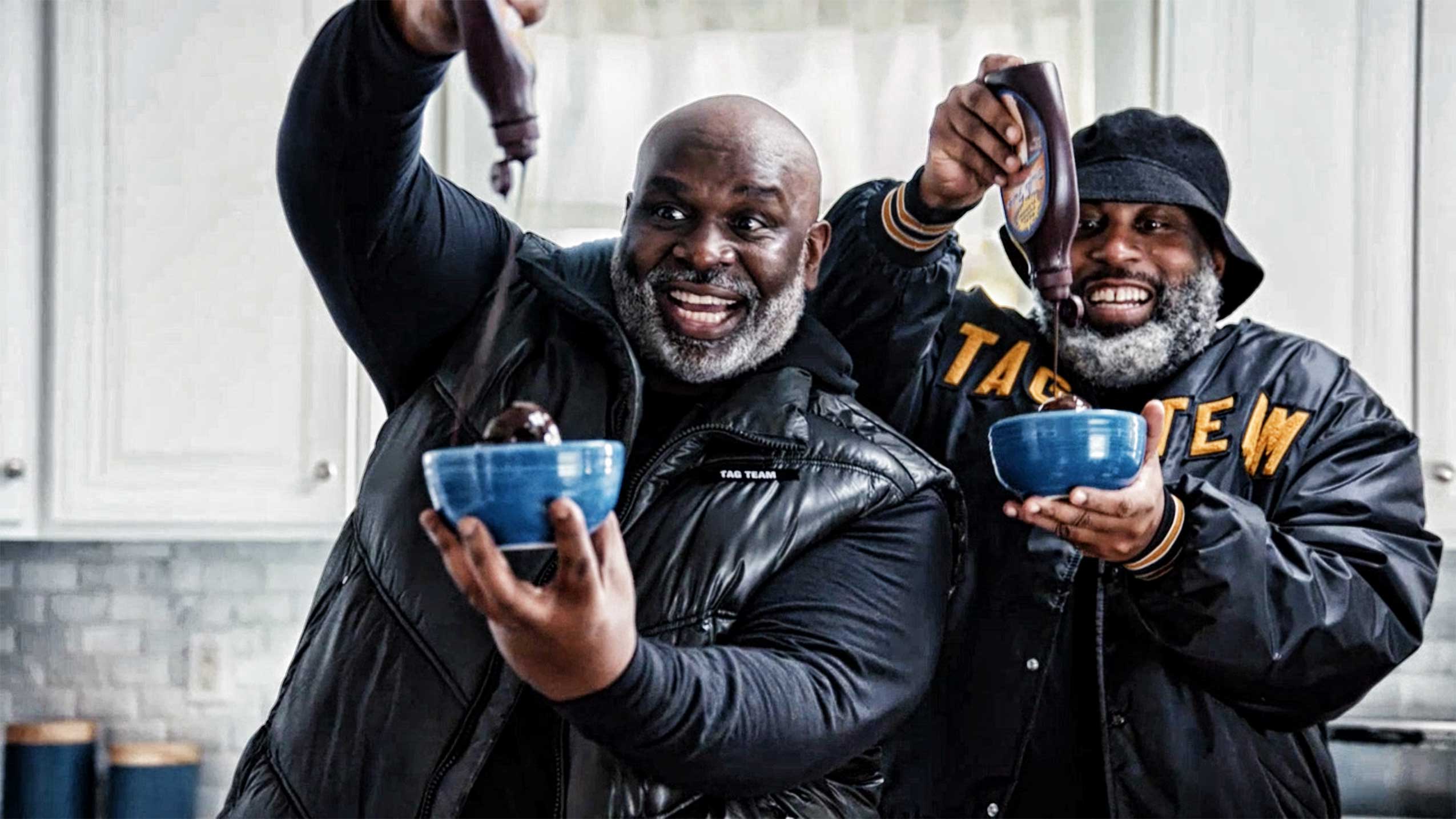 GEICO has rolled out effective advertising campaigns that have highlighted amusing commercials with legacy artists since the 1990s, enjoying decades of consistently high viewership. GEICO’s “Scoop! (There It Is!)” commercial that features the iconic hip-hop duo Tag Team first aired in 2020, becoming one of the most memorable commercials in TV history. 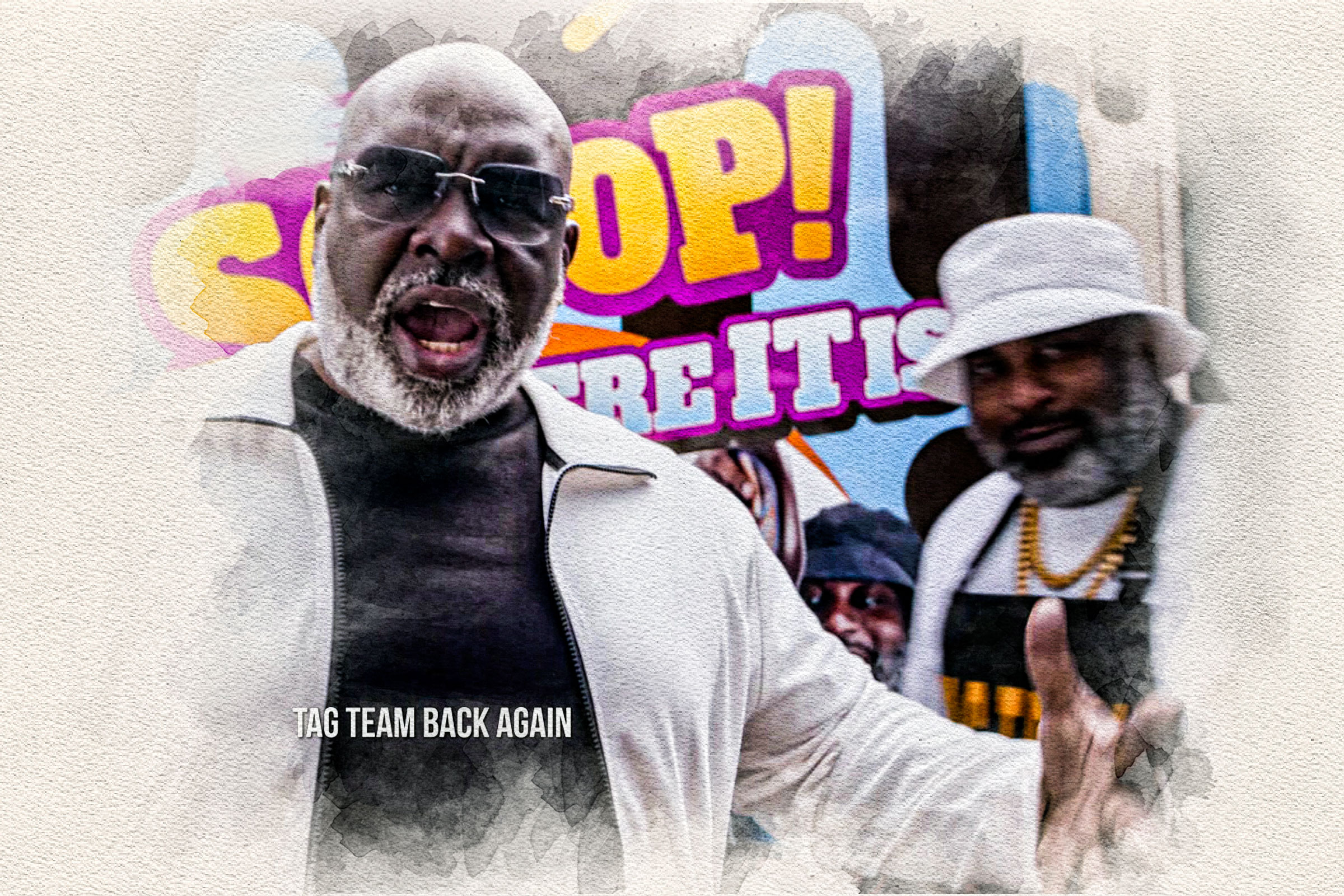 Atlanta-based hip-hop stars DC Glenn (DC The Brain Supreme) and Steve Gibson (Steve Rolln) of Tag Team co-opted the catchphrase “Scoop! (There It Is!)” as one of the most recognizable GEICO commercials to date. Tag Team’s involvement with GEICO stems from agency creatives who were childhood fans of the hip-hop duo. The deal was made through The People’s Store Agency in Atlanta. The Martin Agency’s Creative Director Sean Riley and Roger Hailes, senior copywriter, coined the jingle in September 2020, and the commercial, originally titled “Tag Team Helps With Dessert,” was shot two months later. The GEICO commercial dropped at midnight Christmas night, Dec. 26th, with a YouTube ad that circulated worldwide. The ad continued to circulate throughout the holiday season, including scheduled college and pro football games, and ABCs “Dick Clark’s New Year’s Rockin’ Eve.”  The commercial yielded unbridled success, allowing viewers to take a nostalgic trip with their ‘90s gem, “Whoomp! (There It Is!),” and Tag Team is still having fun. 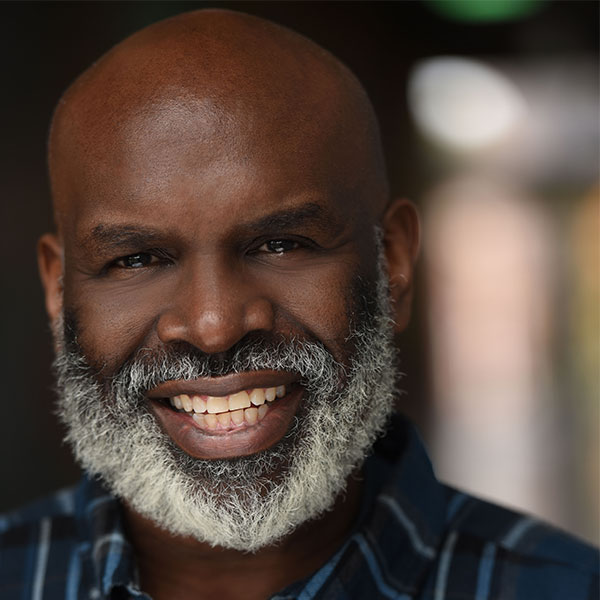 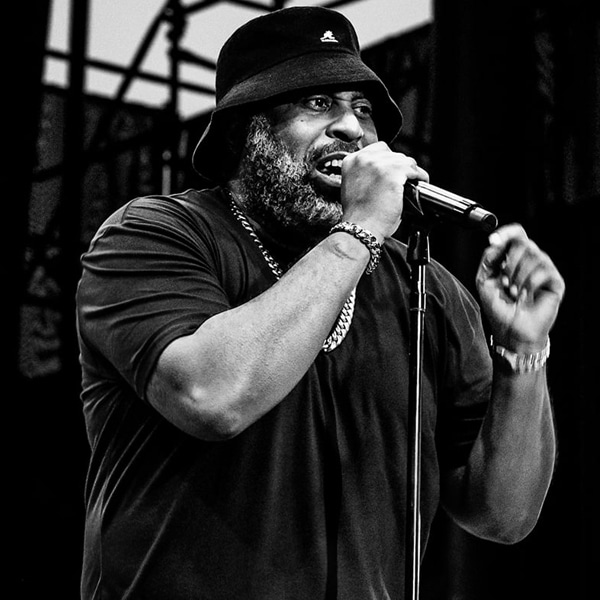 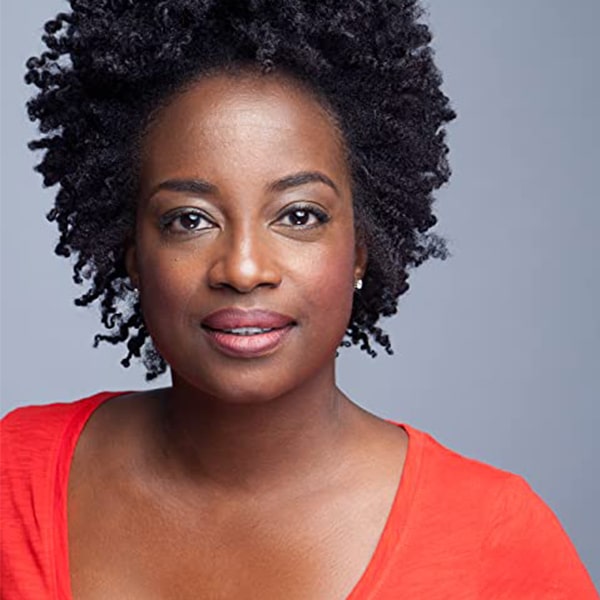 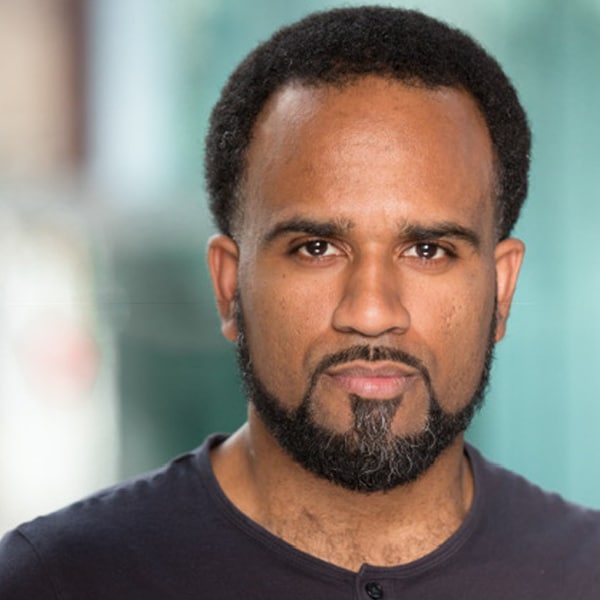 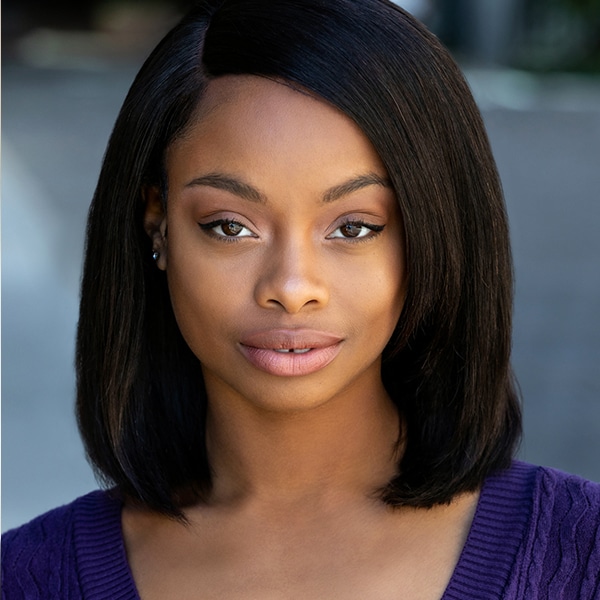 The fun-filled entertaining commercial spot opens with creative flair, starting with the GEICO classic male voiceover as a suburban housewife played by Atlanta actress Nicci Carr stands in a kitchen preparing dinner. The voice asks the question, “Tasha, did you know GEICO could save you 15 percent or more on car insurance and a whole lot more? So, what are you waiting for; Hip Hop group Tag Team to help you plan dessert?” Tag Team magically appears on cue and the party begins with a parody rendition of their nostalgic fun-filled iconic hit “Whoomp! (There It Is!)” With the lyrics: “French vanilla, rocky road, chocolate, peanut butter, cookie dough.” And with those lyrics, another pop culture classic in commercial form is now born.

The plot thickens when Atlanta actor Anthony Goolsby, who plays Tasha’s husband, comes in with a scowl. Along with his daughter Atlanta actress Amethyst Davis, who conveys to all that she is truly “over it” and in embarrassing fashion leaves the scene. Dad soon realizes the innocence of the situation and is transported back to his youth where he joins in the party, dancing with his lovely wife. “Last call for alcohol” as they used to say back in the day, and Tag Team ends this memorable, spontaneous event with a blast of sprinkles for everyone. “Scoop! (There It Is!)” 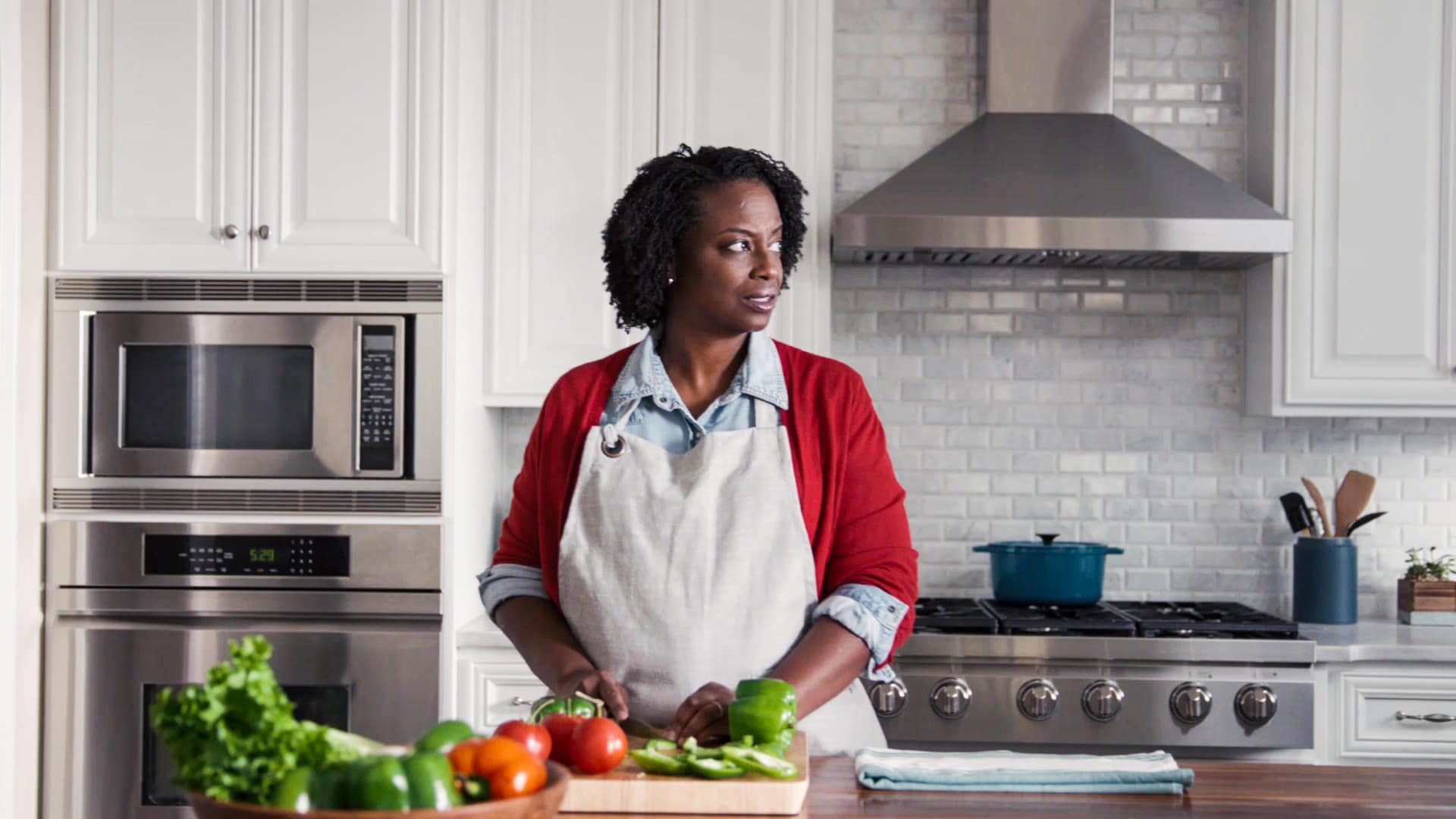 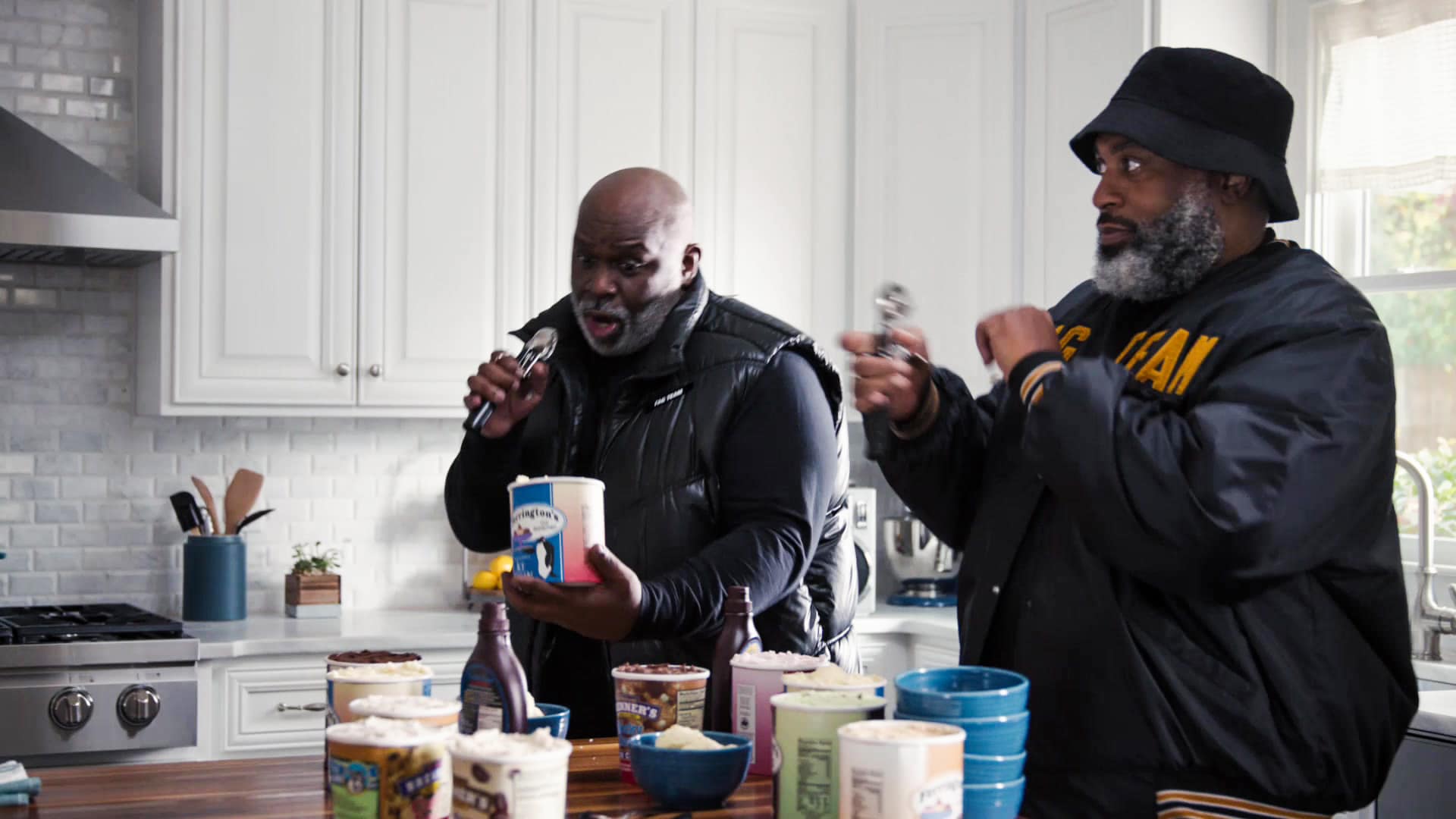 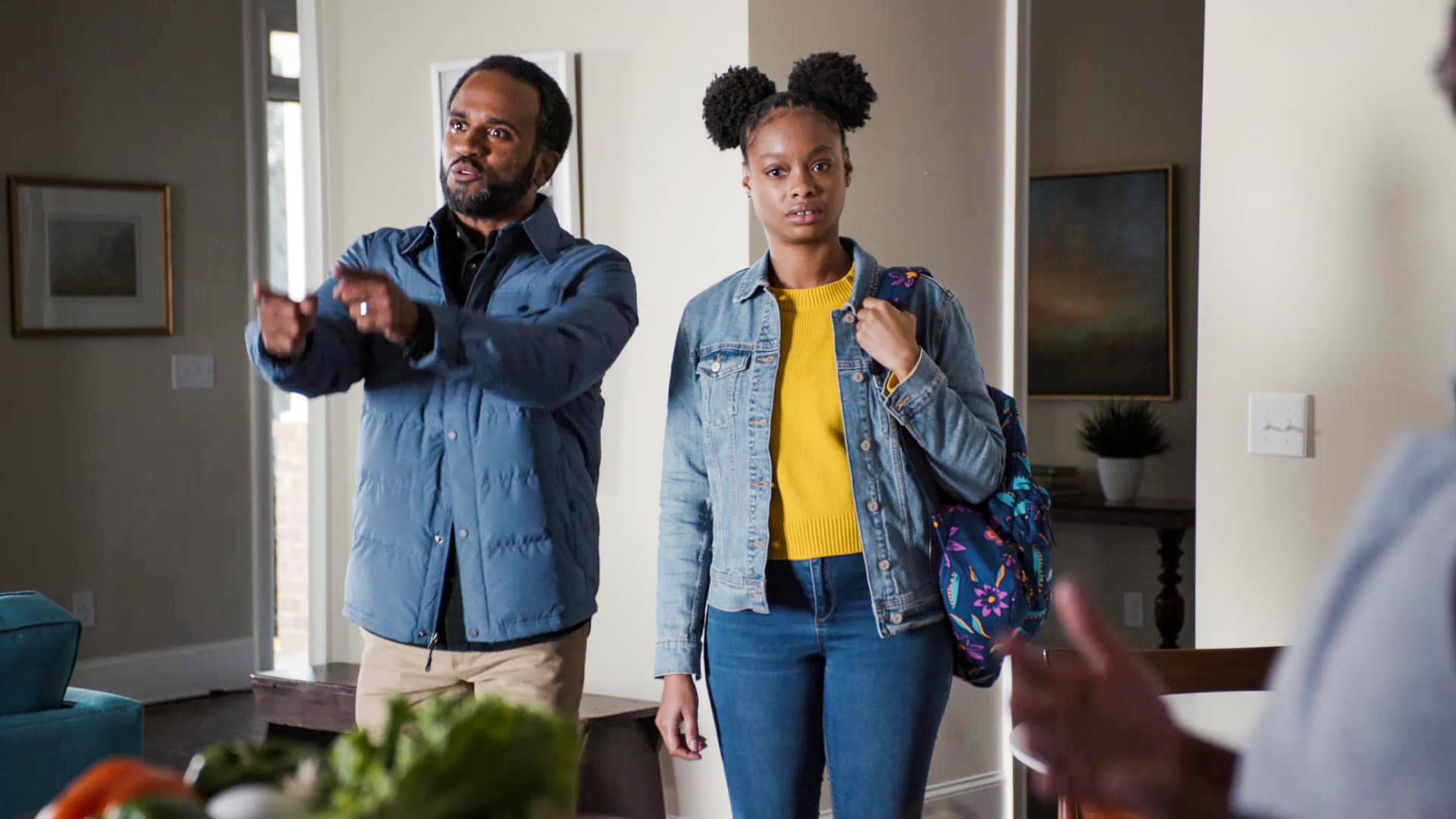 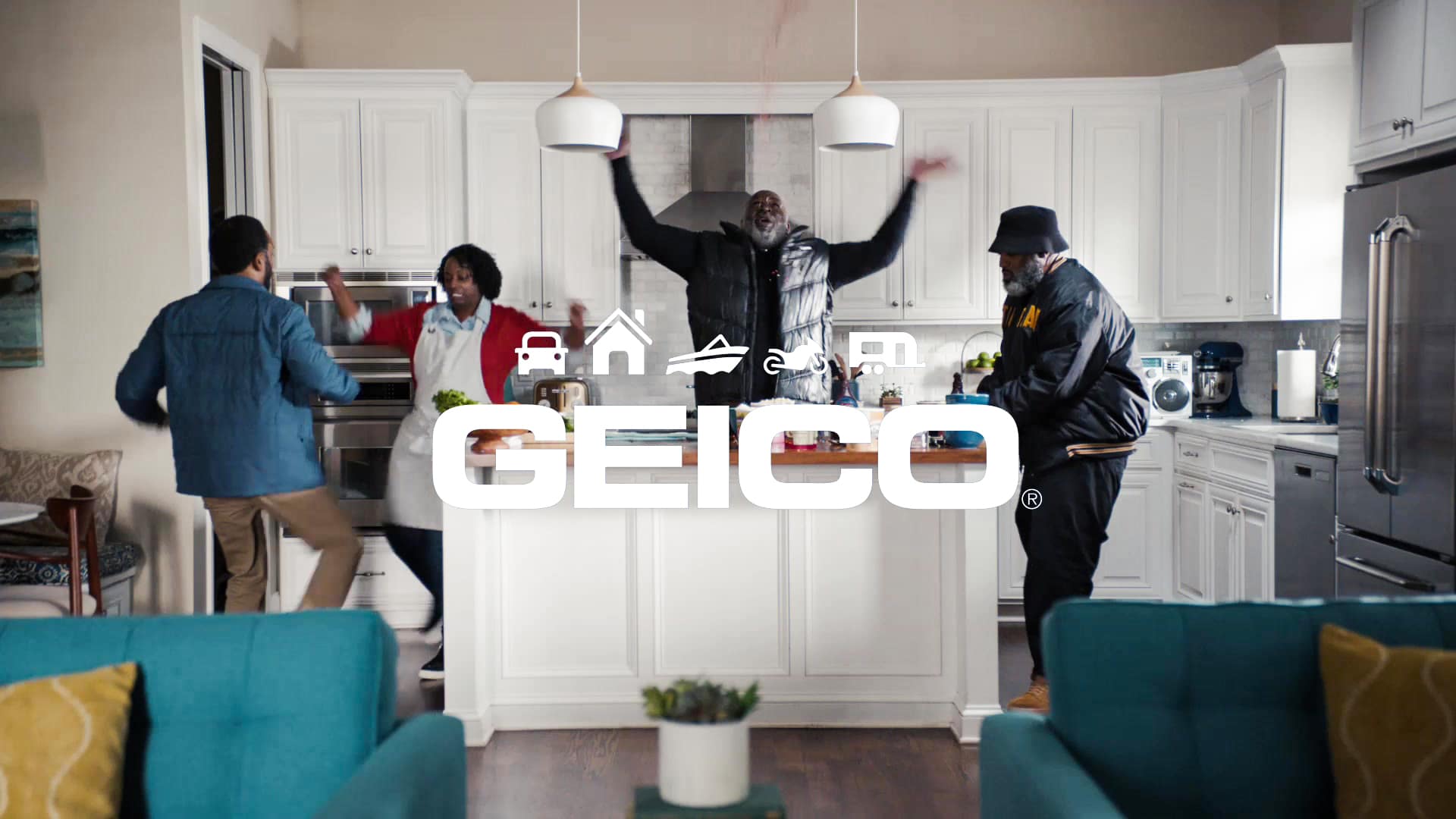 SCOOP THERE IT IS COMMERCIAL 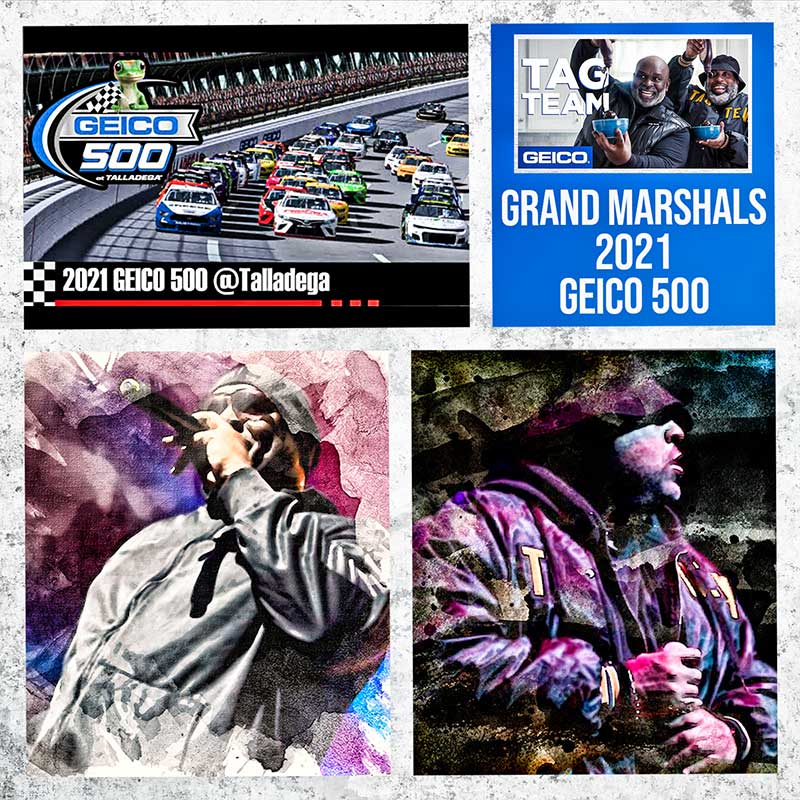 The song’s success has led to a string of TV entertainment appearances further delighting Tag Team and GEICO commercial fans alike. Tag Team appeared as guests on the “Tamron Hall Show” to discuss their commercial ad success and their years of perseverance and steadfastness in maintaining their relevance in pop culture. They also made a special guest appearance during Super Bowl Week on the “Dan Patrick Show.” In April, Tag Team was selected as NASCAR Grand Marshals of the 2021 GEICO 500 at the Talladega Superspeedway. The NBA Western Conference Finals between the Phoenix Sun “Tag Team mesmerized 20K fans” and the First Pitch at White Sox game “also invited to throw out the first pitch during the American League Central Division.” 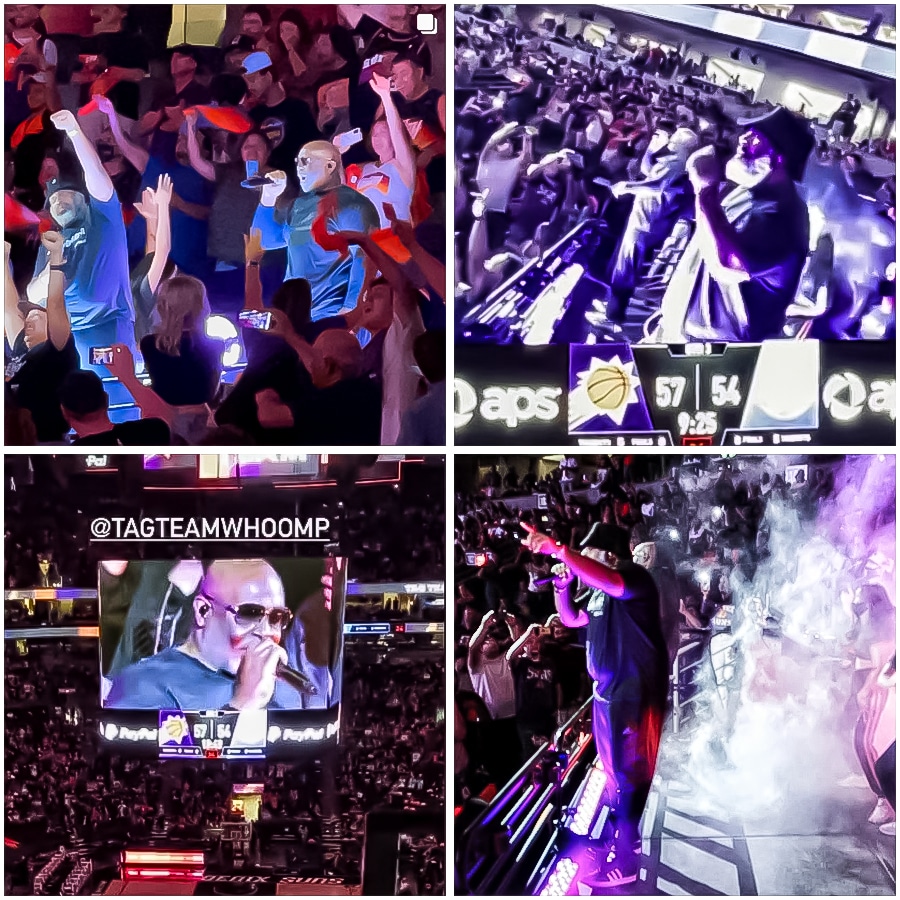 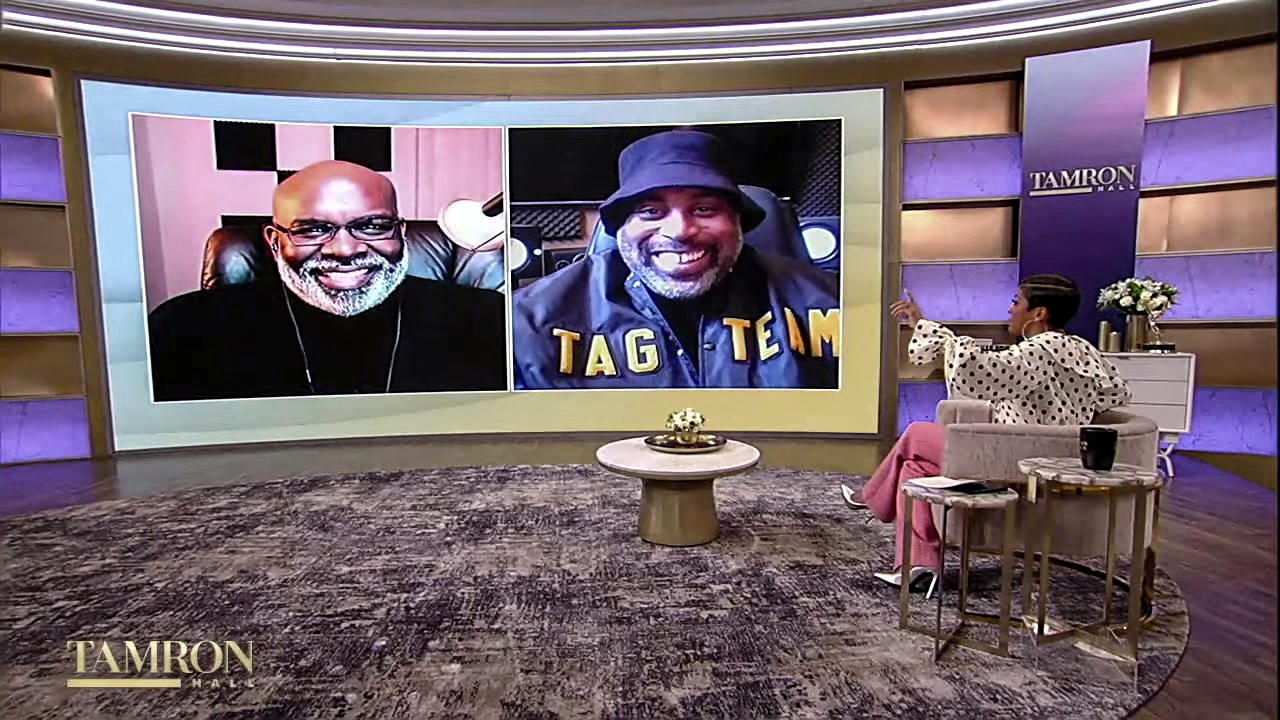 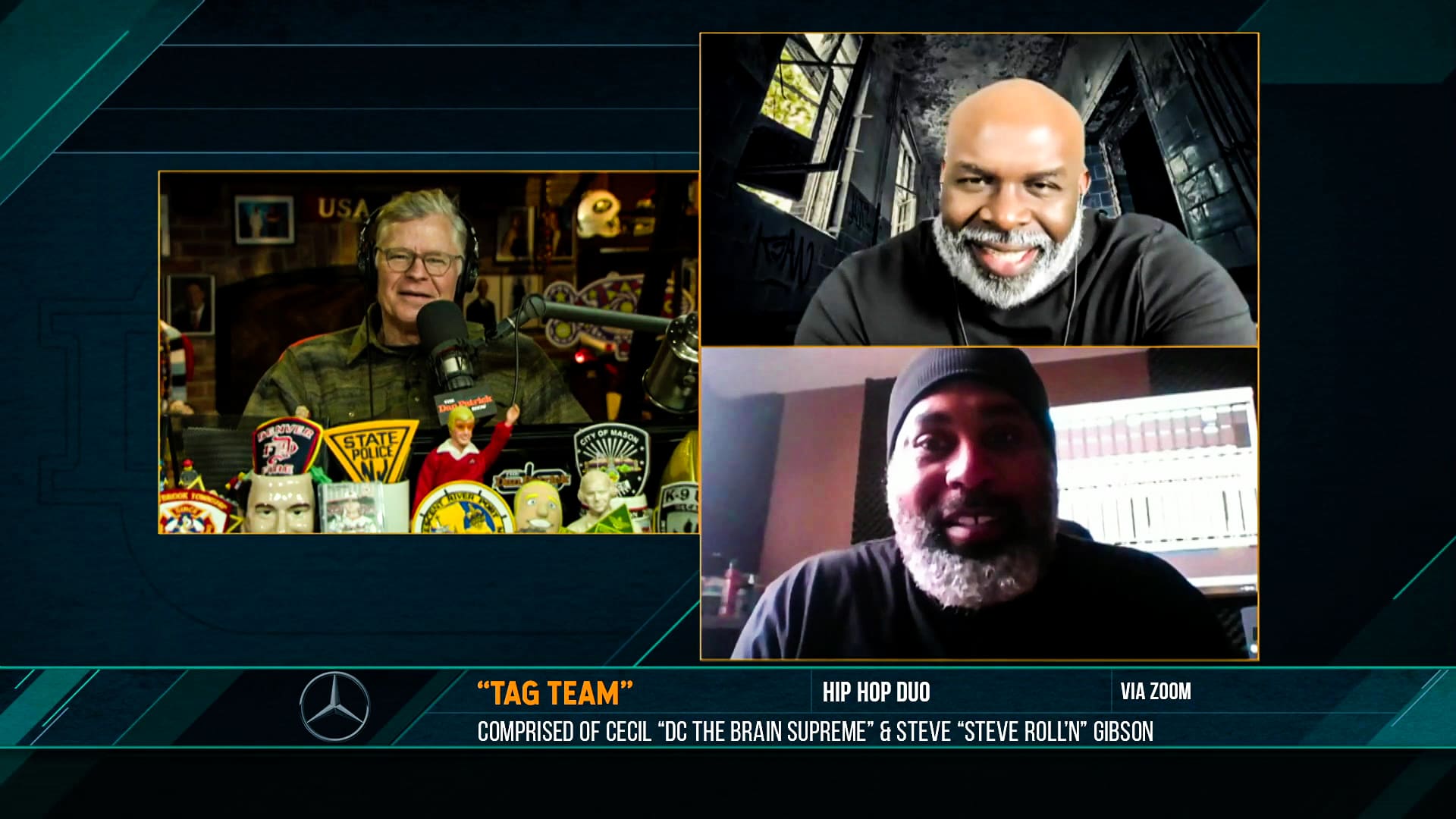 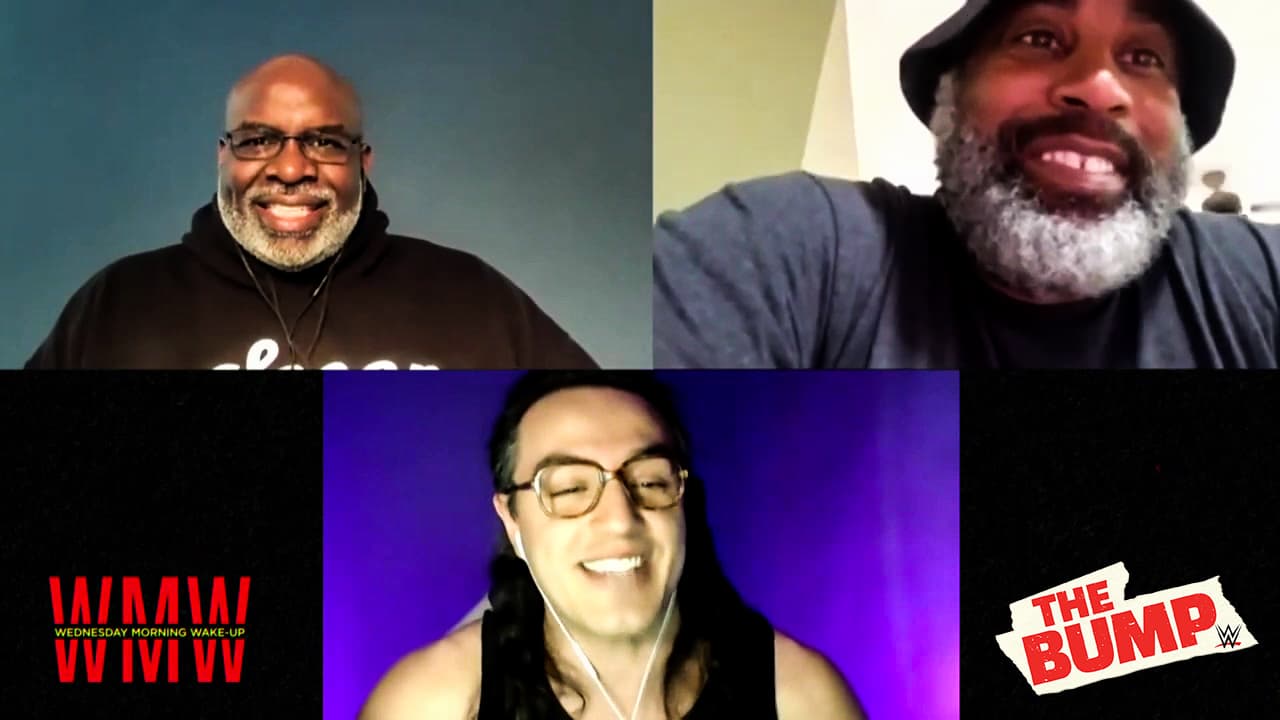 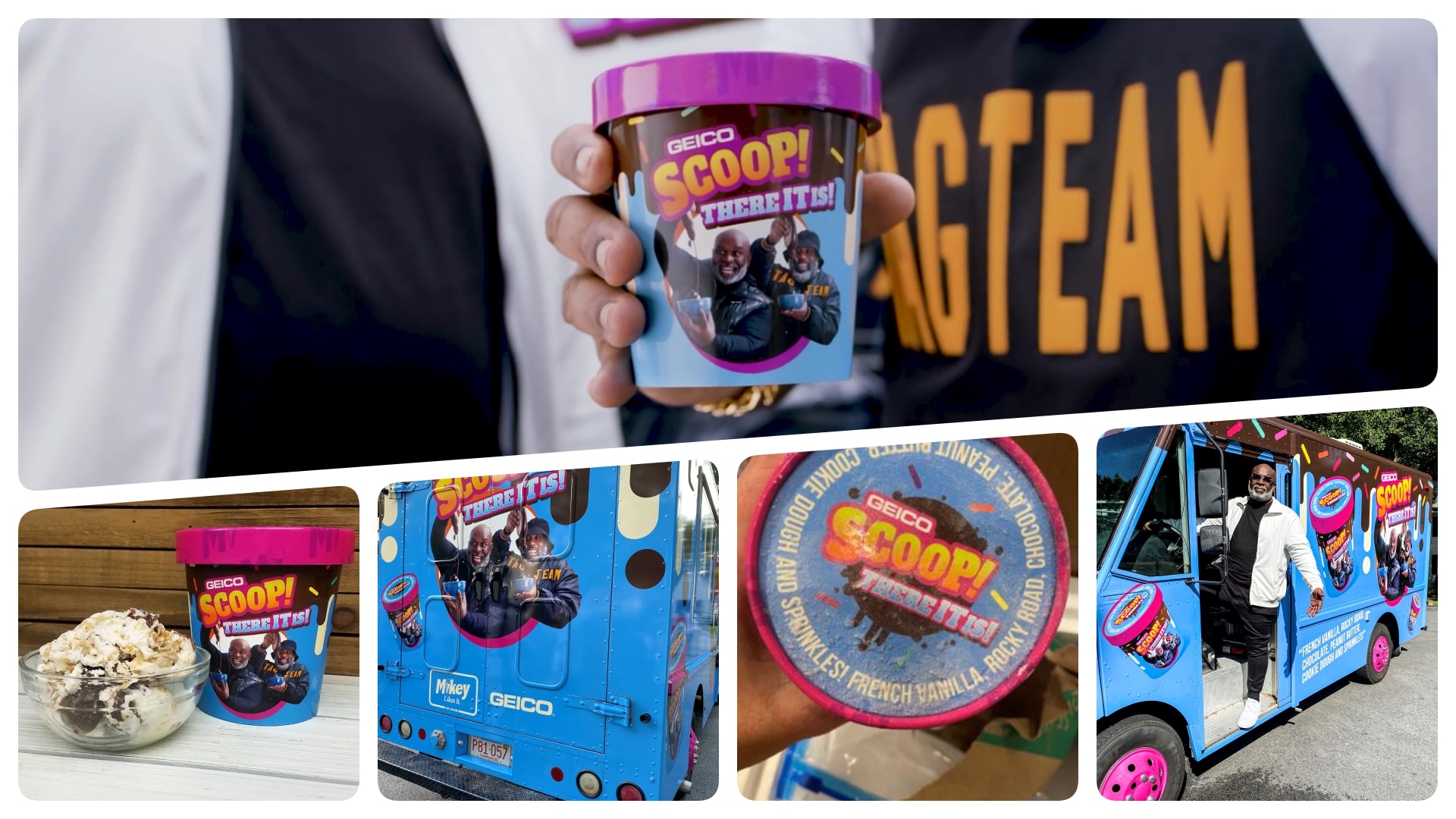 GEICO COMMERCIAL SCOOP THERE IT IS

The sheer joy of the experiences this song and the commercial has brought to people of all ages, colors and creeds astonishingly continues. This continued momentum has now spawned Tag Team Ice Cream, a sweepstakes event in partnership with GEICO, The Martin Agency and Tag Team. They enlisted ice cream parlor mastermind Michael “Mikey” Cole of Mikey Likes It Ice Cream to help to create a “Scoop! (There It Is!)” ice cream. Mikey Likes It Ice Cream has created a new limited flavor batch with locally-sourced ingredients that lists the now iconic lyrics of Tag Team’s commercial tagline.

Once again, the popularity of this novel venture has continued Tag Team’s massive commercial success. With another infectious viral music video, bringing more joy and fun to party people all over the world. This ice cream is just another extension of the continued success of “Scoop! (There It Is!)” with much more to come.

SCOOP THERE IT IS FAQ 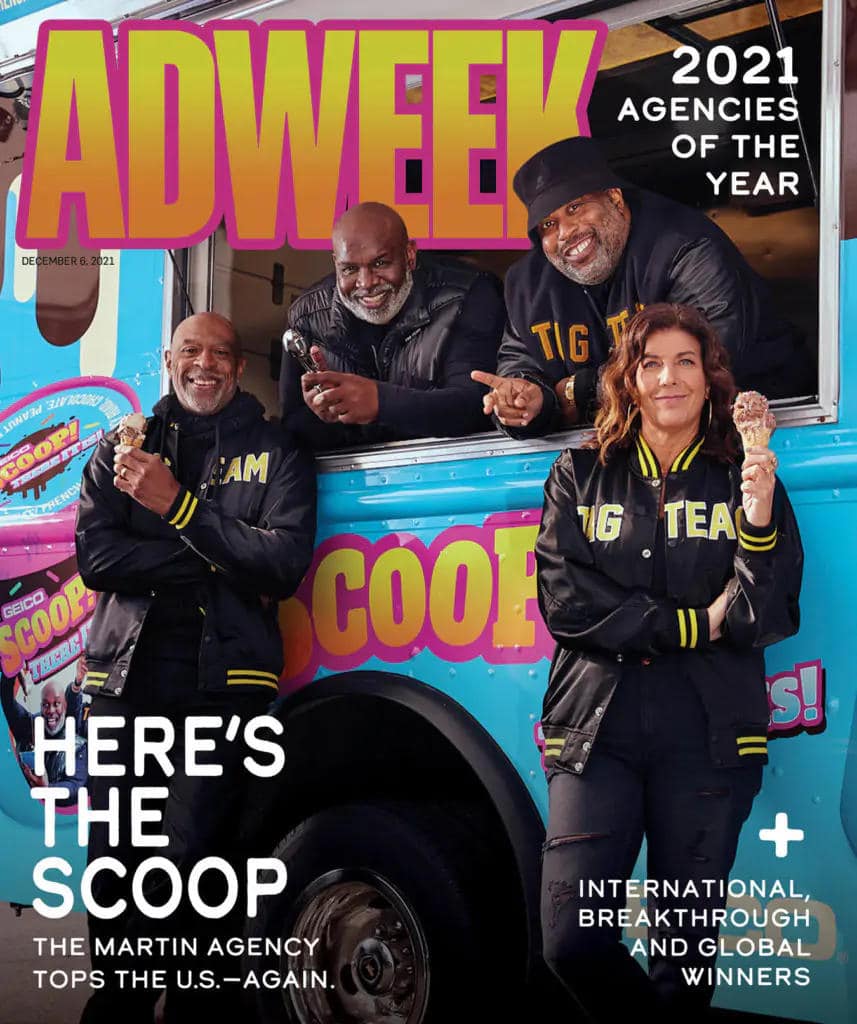 Who does the GEICO commercials?

The “Scoop! (There It Is!)” guys are none other than the iconic hip-hop duo Tag Team. Their single “Whoomp! (There It Is),” released in 1993, reached multi-platinum status with over 7 million singles sold worldwide.

Who is the actress in the new GEICO commercial?

The actress in the new GEICO commercial is Atlanta actress Nicci Carr (IMDB) who plays the suburban housewife standing in a kitchen preparing dinner, and Atlanta actress Amethyst Davis (IMDB) plays the lovable daughter that every teenager cringes over awkwardly as their parents shamelessly act a fool.

Who are the Scoop There It Is guys?

The “Scoop! (There It Is!)” guys are none other than the iconic hip-hop duo Tag Team. Their single “Whoomp! (There It Is),” released in 1993, reached multi-platinum status with over 7 million singles sold worldwide.

Who are the rappers in the GEICO commercial?

DC The Brain Supreme and Steve Rolln are the multi-platinum rappers in the GEICO commercial “Tag Team Helps with Dessert, Scoop! There It Is!

What are the words to the new GEICO commercial?

Who are the actors in the GEICO commercials?

What is the most popular GEICO commercial?

Who is in the new GEICO commercial?