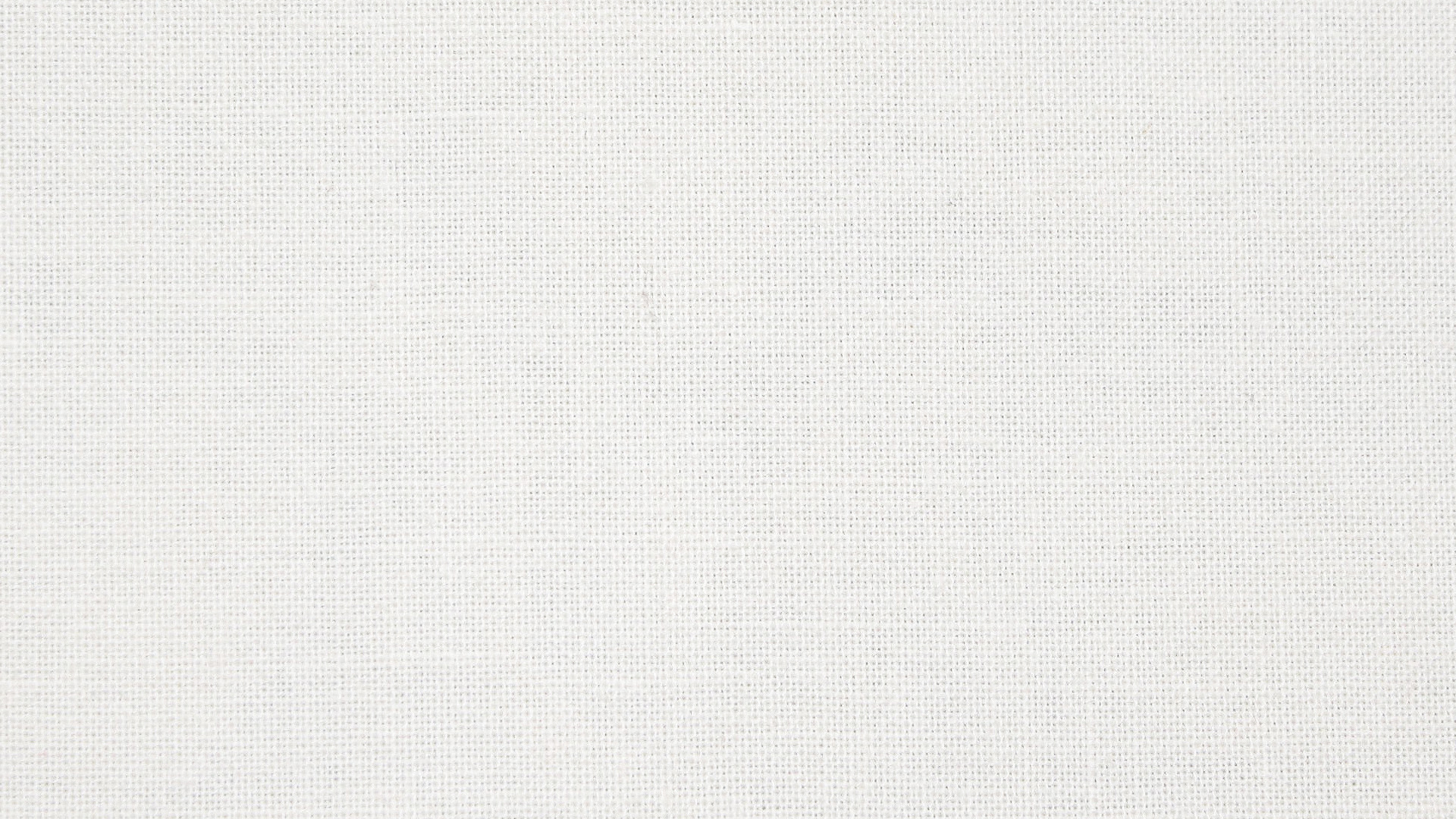 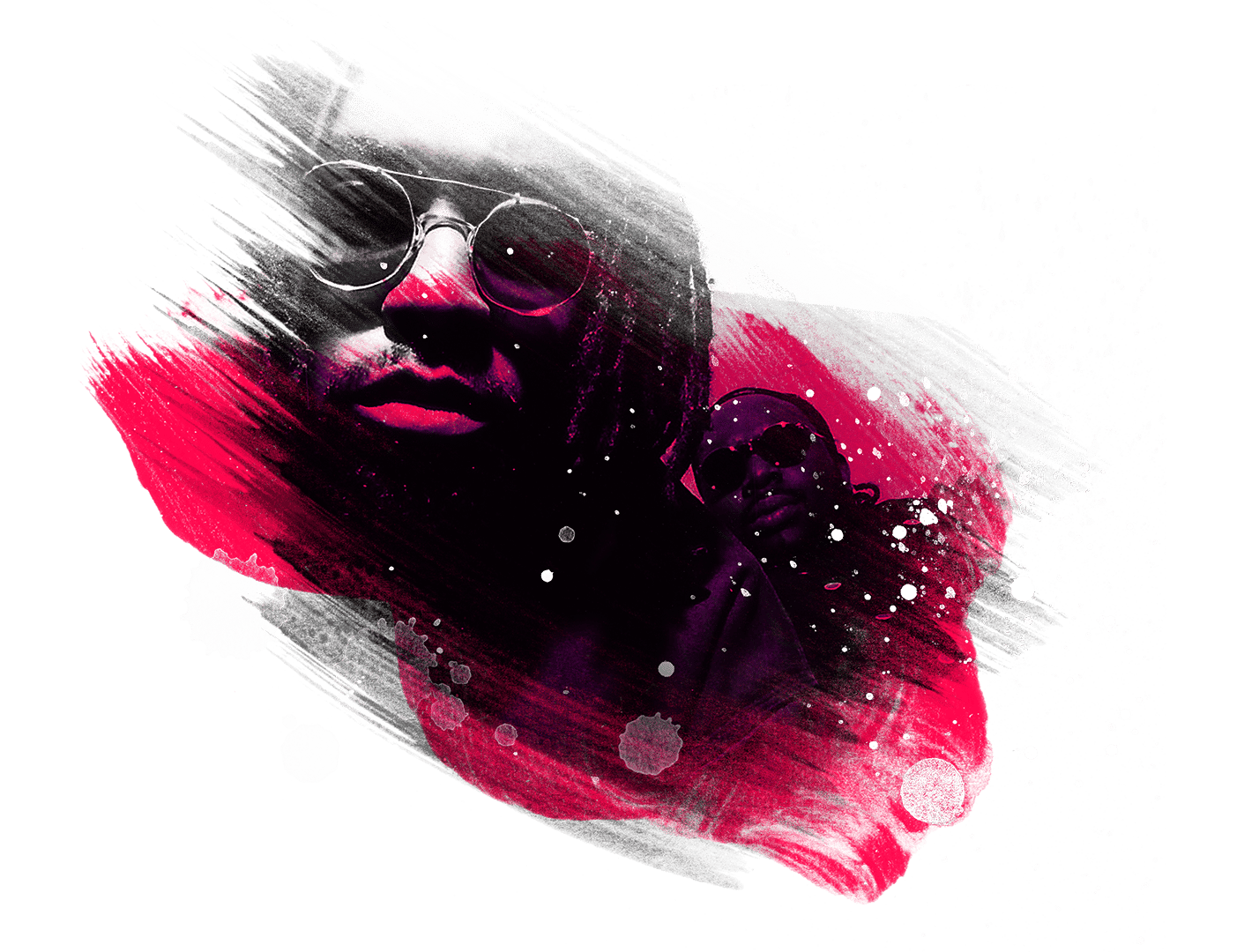 Let's Talk About It. 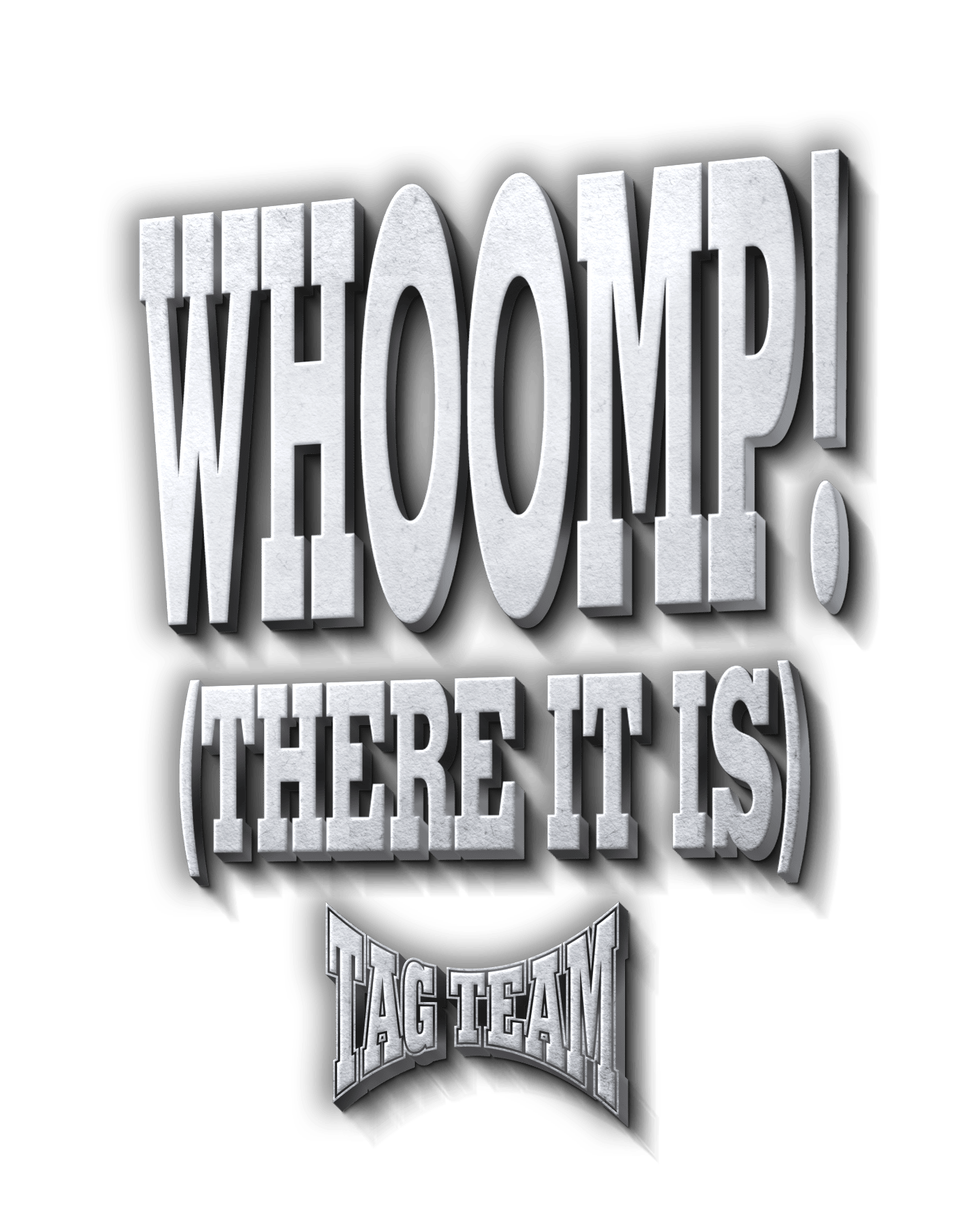 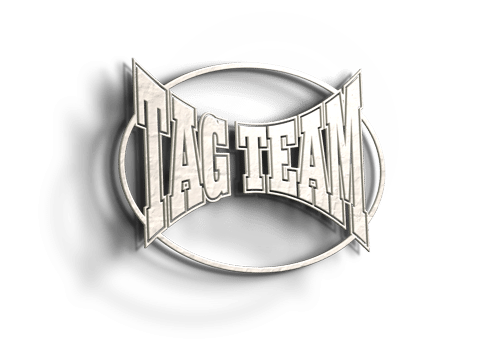 BILLBOARD CHARTS-WHOOMP THERE IT IS 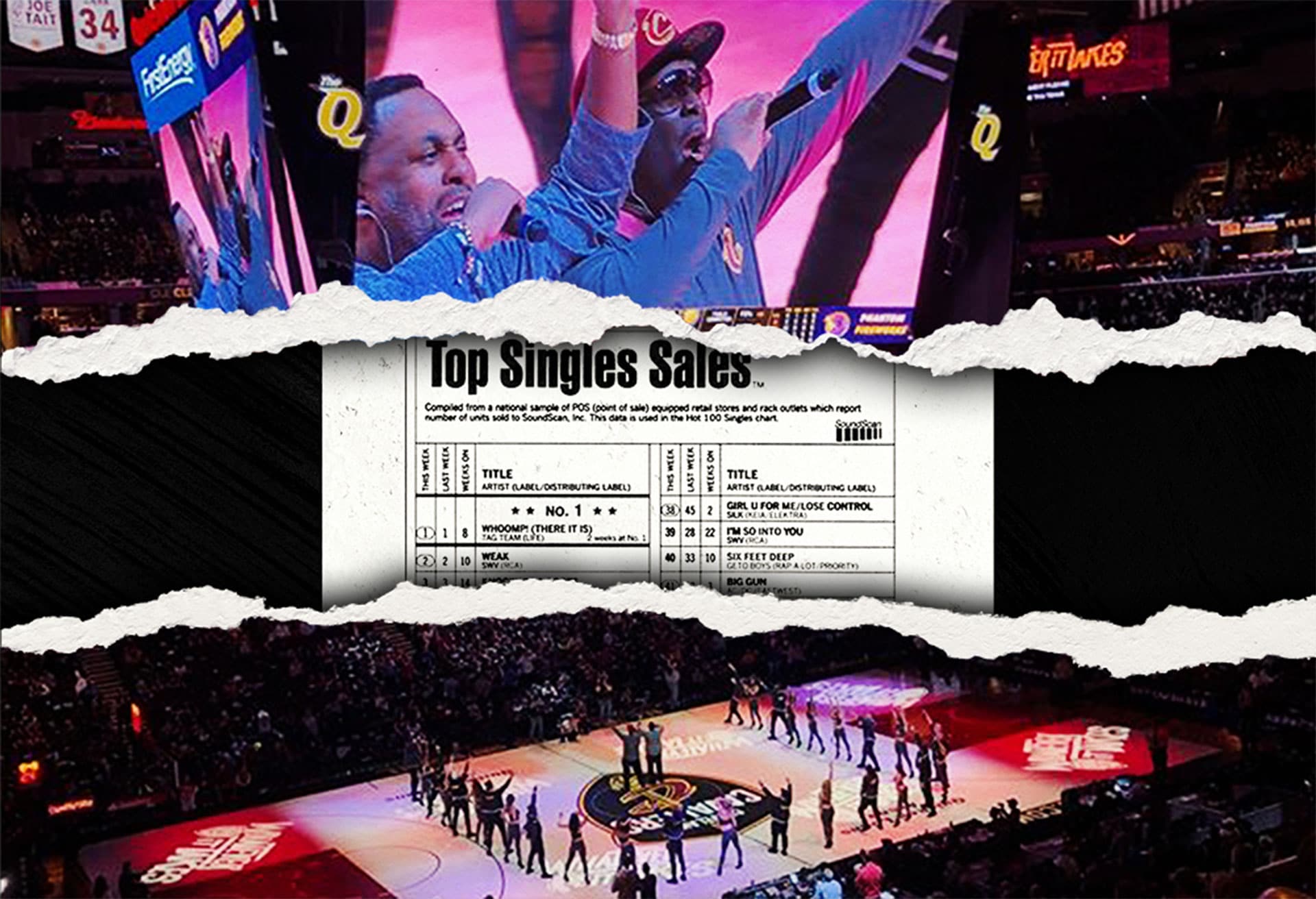 Whoomp There It Is Song

In the summer of 1992, the future multi-platinum artists DC The Brain Supreme and Steve Rolln, also known as Tag Team, came to a stark realization. To achieve any musical success living in the southeast, they had to switch things up and do something different and unique. They had to make up-tempo Southern music also known as Bass. 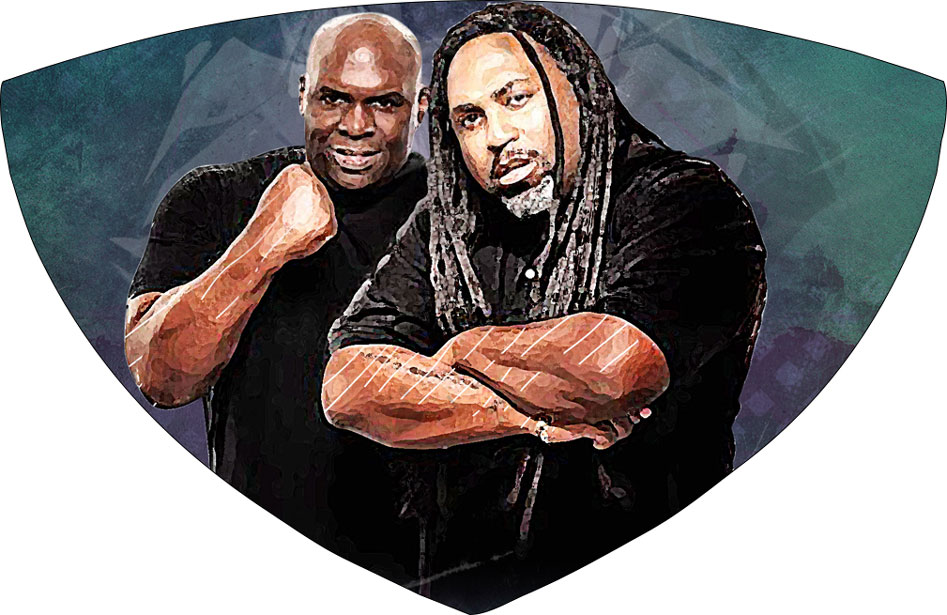 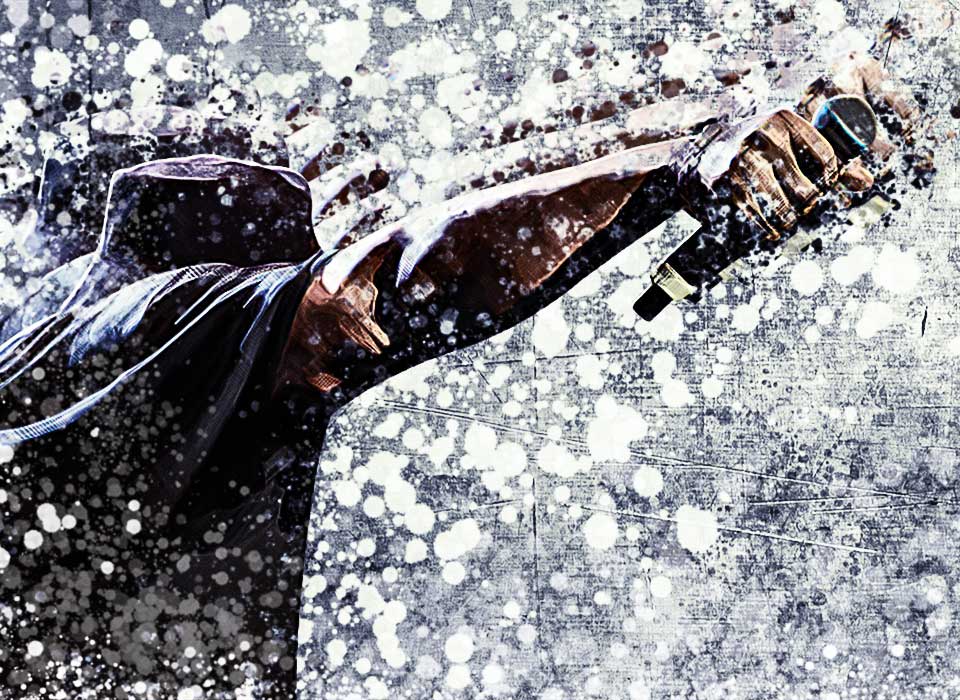 WHOOMP THERE IT IS LYRICS

Taking It Back To The Old School

This transition was not as difficult as it might have seemed at the time. The influence of the group’s favorite artists of the era became the guide to their music success. Legendary artists like MC Shy D (“Gotta Be Tough”), 2 Live Crew (“Throw That D”), Afrika Bambaataa & The Soul Sonic Force (“Planet Rock”), The Egyptian Lover (“Egypt, Egypt”) were the inspiration behind this odyssey and allowed DC and Steve to set the blueprint for a successful transition into a new musical genre. This pursuit laid the foundation for what would become Tag Team’s legacy, making “Whoomp! There it is!”  a timeless hit for all future generations to enjoy.

Whoomp There It Is Sample

The goal in writing “Whoomp! (There It Is)” was not to make the most amazing song in the world. DC and Steve simply wanted to make a good bass record that would fit the geographic area in which they lived. To achieve this goal, Steve created the beat using the sample from “I’m Ready” by Kano and DC got to work on the rhymes. He settled on lyrics he’d been working on based on a party chant that was popular in the clubs at the time. Painting a vivid picture of DC’s reality in the club was the genesis paramount to the narrative of the song: The scene is Friday night, Magic City summer of ’92. Players playing and ballers balling and all the girls making money shouting “Whoomp! There it is!” 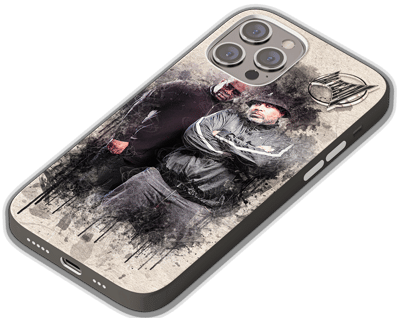 Whoomp There It Is Meaning

As inspiration struck, DC quickly wrote three eight-measure verses and Steve wrote two. They knew the song was coming together, but DC wanted to add some personal touches. As the head DJ at Magic City at the time, he wanted to pay homage to the girls and the club where he hustled and made money, so he wrote the last verse as a dedication to his beloved co-workers at the world-famous Magic City Adult Entertainment Club.

The foundation of the song was set, but as Tag Team started laying track, they realized they needed to up the excitement level. They decided to add two eight-measure bridges to inject some call and response enthusiasm into the song. The result? The now classic “Shaka locka” and “Can you dig it” bridges. But the intro needed something a little extra and DC conceived the perfect solution…and with a thunderous roar, he bellowed what become two of the most infamous words in early hip-hop b-boy electronica music: “Party People!” With that and a few energetic ad libs and background crowd enhancements, the song was complete and down on a cassette as a rough mix.

WHOOMP THERE IT IS RELEASE DATE

WHOOMP THERE IT IS GIF

WHOOMP THERE IT IS MEME 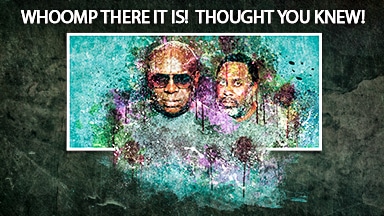 KIDZ BOP WHOOMP THERE IT IS 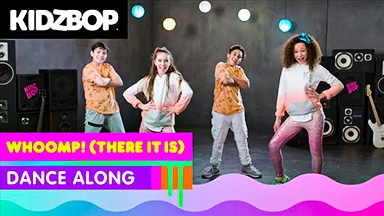 OBAMA WHOOMP THERE IT IS 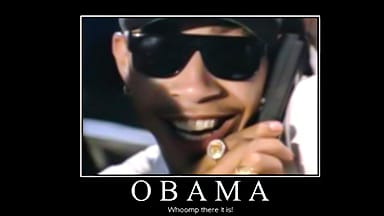 WHO SANG WHOOMP THERE IT IS

Old School Rap-Whoomp There It Is

DC was working at Magic City that evening and he knew it was the perfect testing ground for the just-completed track. As soon as he lugged his records through the back door of the club and got set up, he popped the cassette in. And at 8:08 on a Thursday evening in August, 1992  “Whoomp! (There It Is)” was born. As soon as the beat dropped, everyone in the club could feel that something different was happening. Something extraordinary.

Heads started bobbing a little harder. Booties began shaking with a little more jiggle. And as DC watched the club-goers react to the song, he knew he had something special. By the end of the song, people were mobbing his booth and asking, “What the hell was that?!” DC knew they had a hit. In the era before cell phones, he had to wait until the next day to call Steve and tell him the news. When Steve heard, he had a sigh of relief because Tag Team’s transition into this new musical genre was validated and complete.

WHO SINGS WHOOMP THERE IT IS?

90S HIP HOP-WHOOMP THERE IT IS

For the next two months, DC wore that cassette tape out, playing it at the club and for everyone he knew. The reaction was unanimous: they had a hit. But their work was not done. It was time to move onto the next record. They had their process down: make records, take them to the club, push play, and see if the dancers liked them. If they didn’t, scrap the record and move on to the next one. This meant “Whoomp!” faded for a while as they continued to test out new tracks. However, the demand for the song stayed strong. When he got asked by one of the dancers to play the track again, DC happily granted the request. But what he didn’t realize is that the reaction the second time around months later in late January, would be even more overwhelming.

GEICO COMMERCIAL-WHOOMP THERE IT IS

When “Whoomp!” came on, it was like the track was brand new again. Everyone went wild. And what DC didn’t know at the time was that a Columbia Records rep named Alan Cole was in the club when the song was unveiled for a second time. Alan was so excited about the song that he requested a copy to send to New York. However, it was difficult for southern bass artists to be taken seriously by major record labels in those days and, as time went by and there was no response from New York, Tag Team got frustrated enough to finally put the record out themselves.

On February 5, 1993, Tag Team initiated copyrighting and obtaining sample clearances for “Whoomp!”. The group pressed up 500 cassingles and put them in one store in the West End mall. As (bad) luck would have it, that weekend was the blizzard of 1993 that shut down the city of Atlanta for a week. But to Tag Team’s surprise, they had sold out all of the copies in four days even with the storm. Even though this was a success, DC was still at his wit’s end trying to secure a deal with one of the major record labels and getting nothing but the runaround.

Bass Music-Whoomp There It Is

Then a good friend of his Lisa McCall, who worked at Mercury Records suggested he might want to connect with legendary Staxxx records mogul Al Bell. In 1992, Al had signed Deuce, the artist behind the hit “Daisy Dukes”. Al knew how to break bass records nationally. So DC called and left a message, hoping to get a call back. A week later, Al Bell called DC Glenn and a historic conversation began.

DC explained to Mr. Bell he was a top DJ in Atlanta and he had a hit record that had been tested for success. He implored Al to take the record seriously because, as a DJ, he knew these types of records didn’t come around often. After DC finished his pitch, Al Bell said, “Okay, let’s do it. Let’s agree to agree.” DC replied, “But you haven’t heard the record.” Bell replied with the words DC remembers to this day: “I don’t have to hear the record, DC. I hear it in your spirit brutha.”

Two weeks later, DC and Steve were signed to Bellmark records. DC gave his two weeks notice at Magic. Two months later, “Whoomp! There It Is” was platinum…and the rest is hip hop history.